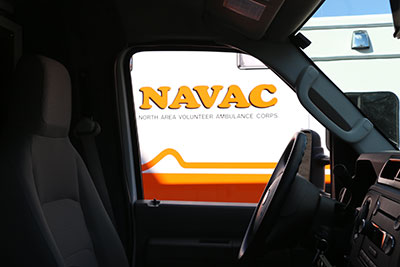 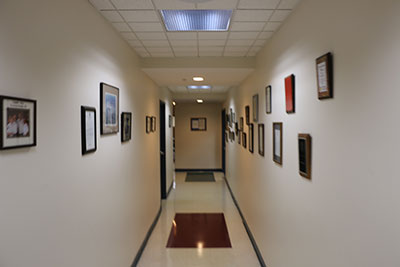 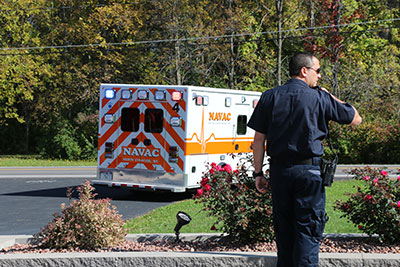 In 1968, seven individuals identified the need for an ambulance operating in the North Syracuse community and using their own homes as collateral, formed the North Area Volunteer Ambulance Corps, Inc.

The new ambulance corps answered its first call on October 24, 1970 and answered a total of 184 calls that first year. The uniform at that time was a white shirt, white pants, white hat, and a black tie. The first fire standby was at St. Rose of Lima Church on February 12, 1971. By 1975, the ambulance corps annual call volume had reached 2,272 calls.

Shortly after beginning operations, NAVAC established its first official headquarters in a former gas station on the corner of Gertrude Street and South Bay Road. Over the next few years, there were subsequent moves to radio station WSOQ on Route 11 near the intersection with West Circle Drive and then the back room of the North Syracuse Fire Department on Chestnut Street. Finally in 1973, NAVAC purchased a cape cod house on Fergerson Avenue in North Syracuse.

Fundraising was accomplished through smokers held at the VFW on Lemoyne Avenue in Mattydale as well as craft fairs, bake sales, and a wagon of cheer. The first fund drive was held on October 16, 1971 when members went door-to-door throughout the village of North Syracuse.

In 1989, the NYS Police Aviation Detail located at the Syracuse Airport asked NAVAC to staff their helicopter with a paramedic for the purpose of providing medevac services. A group of paramedics were trained to operate aboard the helicopter and were dispatched to the NYS Police hanger when needed. As helicopter programs matured, the CNY EMS Program Agency developed requirements for medevac services. One result was that in 1994 NAVAC began to station a paramedic in the NYS Police Aviation Detail for 16 hours per day when the helicopter was in service. In September 2012 this cooperative arrangement was discontinued due to entry of commercial providers into the marketplace.

As NAVAC continued to grow, it became evident that more space was needed and in 1993 a property at 603 North Main Street in the Village of North Syracuse was purchased from the Aicholtz Family. In the ensuing years a committee of members in conjunction with Sheila Weed of Group1 Design worked on plans for a new headquarters.

A capital campaign was organized, entitled “Building the Future,” with a goal to raise the $1.5 million necessary to undertake this building project. Carl Marlow, M.D. and John Merola, M.D., prominent physicians in the North Syracuse community chaired the campaign led by Michael Bragman, Roger Burdick, and Craig Cash.

A ground breaking ceremony was held on September 9, 1998. Lenny Scarano managed this project for NAVAC and worked closely with Butterfield Construction, the general contractor. Construction was completed in June 1999 and the building continues to serve as NAVAC’s home.

Today, NAVAC has 6 ambulances, a support vehicle, and over 75 career and volunteer staff members. Staffed 24 hours per day, 365 days a year, we respond to over 6,500 emergency calls annually. NAVAC is a respected non-profit ambulance agency that proudly serves the emergency medical needs of our community.